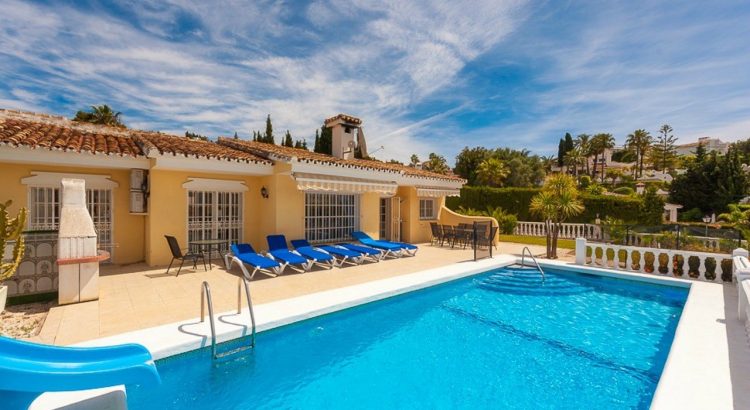 The Spanish economy was relatively stable with good demand for property before the coronavirus struck but when it did strike, the hardest hit areas were those that relied heavily on tourism.

After speaking with some of the top Tenerife estate agents we’re acquainted with, the general consensus is that the property market is still robust with many bargain hunters waiting in the wings to snatch well priced properties if and when they become available.

Many of the properties in the resorts are bought as investments, retirement second homes, and for rental incomes, so without the influx of tourists, it goes without saying that they would have difficulty generating any rental income.

Although there was reasonable growth in the property market in Spain pre covid, after the lockdown was eased, the demand began to rise again. During the summer months, higher numbers of virtual viewings were noticeable for Spanish properties,

Depending on where you look, property prices may vary and good locations will always command a premium and maintain more stability in pricing as opposed to areas outside main resorts where prices tend to be less resilient.

Brexit And The Spanish Property Market

Brexit has had a large impact on buyers from UK due to all the uncertainty surrounding the agreement and what it means to property owners who are both non-resident and resident.

For UK buyers, the largest concern when purchasing property in Spain was that UK non-residents of Spain would only have 90 days within a 180 day period of time to stay visa free. This lack of freedom of movement, now a thing of the past, meant new regulations were being set up from 2021 onwards, and UK citizens were now limited in regard to the amount of time they could spend in their holiday homes.

In Spain, within the British community, there are said to be up to 1 million people, but not all of these Britons are technically registered as a Spanish resident so the authorities provided a window for those not registered as residents to do so or to leave the country at a specified date. It was out of this fear that British citizens started returning to the United Kingdom, especially because of Brexit in order to avoid being forcefully deported,

It seems that even with COVID-19 and Brexit, there is still appetite for property in Spain.
Taylor Wimpey Espana reported that virtual viewings had increased nearly 40% in the first week of 2021 for Spanish properties, plus the areas of Alicante, Mallorca and Costa Blanca were at the forefront of these stats.

Kyero, the online property site, reported a nearly 450% increase in those between the ages of 18 and 24 that were viewing Spanish properties that were Britons. Freedom of movement, now completely gone, motivated young Britons to become Spanish residents.

Although there is still uncertainty with the current situation, property remains an asset that many investors prefer to park their money due to the zero or low interest rates offered by banks either for savings, or for the low interest offered for mortgages.

Foreign buyers account for a big slice of he Spanish property market. Britons are the largest group when it comes to foreign buyers but there seems to be a continued decline in market share as compared to other nationalities but they still hold the top spot.

Alicante and Barcelona represented larger cities where increases in prices were considerable, yet buying declines continued in January 2020. The INE reported that in certain regions, such as in Murcia and the Canary Islands, strong sales growth was reported during the same time.

Of all of the European countries that were studied, Spain was the worst hit by the coronavirus. In January 2021, there were over 2.7 million positive cases with nearly 60,000 people representing the death toll.

The spread of the virus needed to be reduced, prompting the Spanish government to focus on a lockdown that was nationwide, preventing people from leaving their homes except for going to the pharmacy, supermarket, or to take care of elderly family members. Restaurants and businesses were forced to shut, travel restrictions resumed, and the police were able to issue fines to those that were found outside without a sufficient reason.

The tourism and travel sectors were affected greatly during both 2020 and 2021 before easing took place, and ex-pats who needed to generate rental income from their property, or were looking to relocate or sell their properties, were also suffering due to the pandemic and lockdowns.

Typically in Spain, the property rental market would have been flourishing at this time, but many ex-pats found themselves letting longer term renters stay in their homes due to the lack of short term options. Travel restrictions, along with border closures, had a damaging effect on their ability to generate rental income, plus visitors from abroad were not able to come in.

The Spanish Property Market And The Future

The pandemic was disastrous for the Spanish housing market, yet it is becoming a passing crisis.

For example, the Bank of Spain is thought to be on the verge of presenting good news for the domestic housing market, yet it will remain fragile unless the stability can be maintained and foreign investments encouraged.

Anyone that is an overseas buyer may look at Spain as an excellent place for property investments, primarily because of tourism. For Britons, if there is a noticeable change in the economy, such as currency exchange rates improving, this may have an impact on the volume of investors looking for good value properties.

The Spanish property market is a work in progress and more needs to be done to assure foreign investors of where they stand and perhaps provide more incentives to encourage people to invest not only in property, but in other areas of the economy.

Once the restrictions are lifted fully and the virus is brought under better control, the property market will probably bounce back to a better level of demand and more stability.